What Diesel Engine Smoke Colors Trying to Tell You?

Diesel engines are a true powerhouse. They sit at the top of the heavyweight rank thanks to their ability to develop massive torque at low revolutions.

This has seen them find a permanent home in heavy machinery such as trucks, diesel-powered ships, earth moving equipment, and fuel efficient everyday use cars. Other than their power and authoritative rumble, diesel engines are associated with smoke and higher emotions per pound of fuel consumed.

According to diesel repair experts in Salt Lake City, Utah, a well-maintained diesel engine shouldn’t spew clouds of visible smoke from its exhaust pipes. Any visible smoke is a sign of an underlying problem you must address.

Understanding Diesel Smoke at a Glance

A quick puss of smoke when you accelerate hard is common in old engines since it hints on the unavoidable incomplete combustion that happens before the turbocharger spools up and matches air flow to fuel flow. You should only get worried if:

What Does White Smoke Mean?

White smoke hints at faulty fuel injectors. It means that the diesel fuel is not burning right and traces of unspent fuel are making their way to the exhaust pipe.

It could happen when you start the engine at very low temperatures and go away after warming up. If this isn’t the case, one of the following could be the causes:

Black smoke occurs when combustion is not right; hence the chemical reaction that should break long chains of carbon molecules into smaller molecular chains doesn’t happen completely. The long-tail hydrocarbon comes out of your exhaust pipe as smoke and soot. 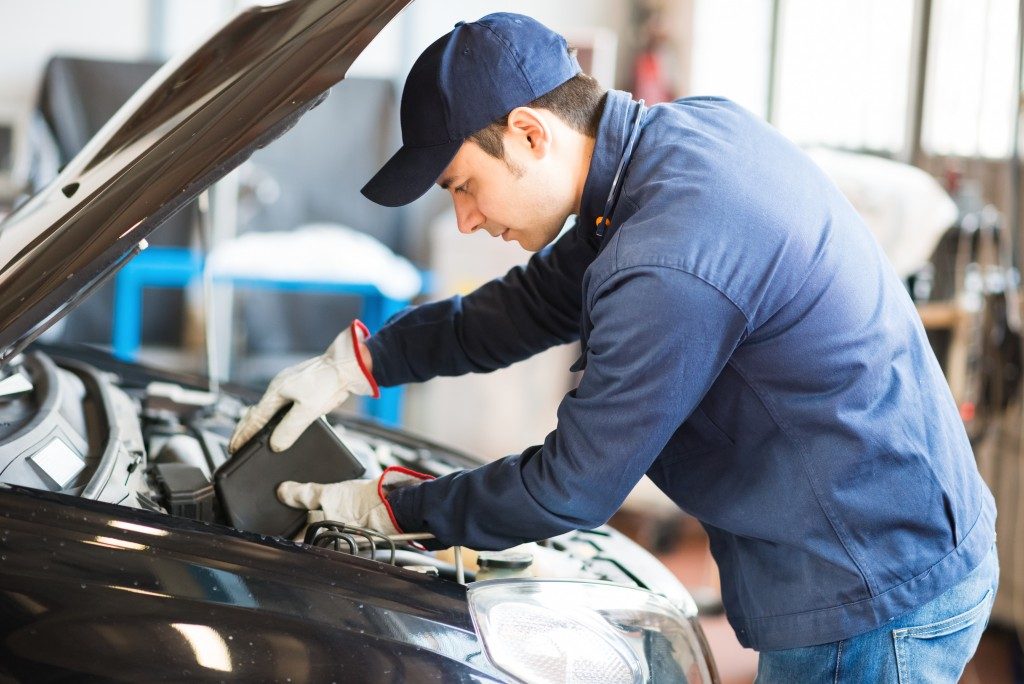 This incomplete combustion is mostly due to partial combustion due to either too much fuel, too much air, not enough fuel or not enough air. Some faulty components that could cause this problem include:

Blue Smoke and Its Meaning

Blue smoke is rare. When it happens, it is an indicator that your car is burning traces of oil. It should never be ignored. Causes include:

A smoking diesel engine is a hazard that should never be ignored. Calling in a mechanic once you see the smoke will not only make your engine more fuel efficient but also arrest the problem before it develops into something more serious and expensive to fix.