How Virtual Reality Can Make Your Construction Projects Safer

Technology has come a long way in the past few decades. It has helped humanity in many ways people thought impossible. With technology, people can communicate with people all over the world, learn new things, and even cure diseases. However, a new kind of technology is connecting people into the digital world or what many people know as the ‘Metaverse.’ This particular technology is known as virtual reality.

Virtual reality (VR) is a simulated experience of the real world. Virtual reality applications include entertainment and education. Other distinct types of VR-style technology include augmented reality and mixed reality. Because of its popularity, over nine million VR headsets have been sold worldwide.

In a VR experience, your senses are tricked into thinking you’re somewhere else, making it seem like you’ve transported to another place entirely. When you put on a VR headset, you’re no longer in your living room—inside a video game, standing on top of a mountain, or anywhere else you want to be. And unlike playing a game on a TV or monitor, VR surrounds you with lifelike visuals, sounds, and smells.

How does VR work?

As you can see, VR covers many aspects of immersing a person in another world. However, interestingly enough, VR isn’t just being used for entertainment. It is also used for other aspects, such as training. Soldiers, surgeons, and police officers now use VR to get trained. However, now even construction workers use VR to help with construction projects. 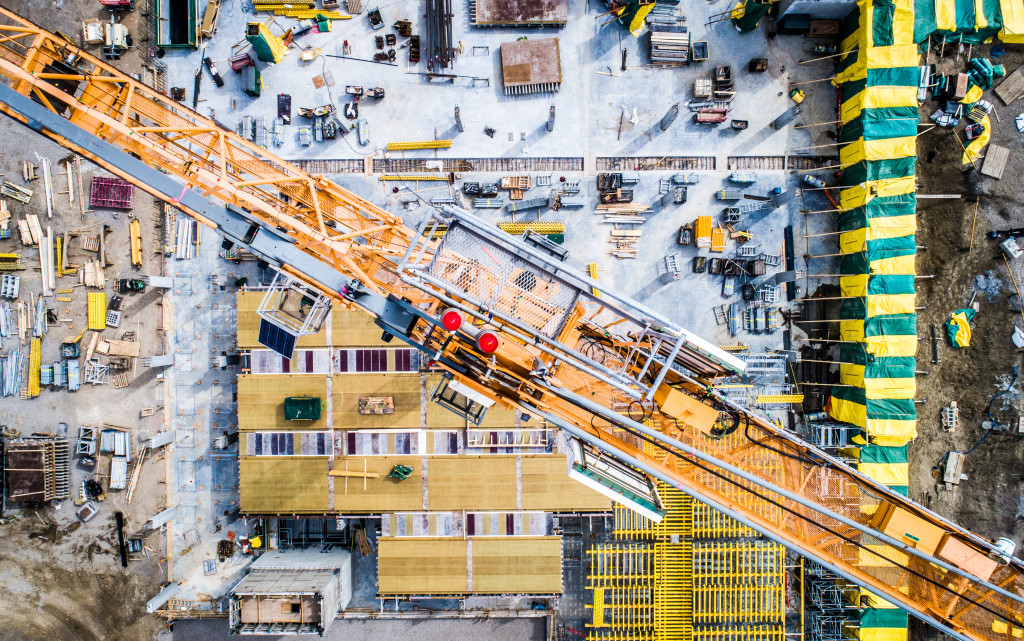 VR is now being used to decrease the growing amount of lethal accidents in the industry. In addition, construction workers now use VR to help them with their projects in various ways.

For example, architects and engineers can use VR to create virtual models of their designs. It allows them to view the design from every angle and spot potential problems. It also helps construction workers get a better understanding of the project before work even begins.

Another way that VR is being used in construction is for safety training. With VR, construction workers can be placed in realistic simulations of dangerous situations. This can help them learn to stay safe on the job site and avoid accidents.

In the past, if someone wanted to experience a different place, they would have to go there physically. But with VR, you can transport yourself anywhere in the world without ever having to leave your home. And as construction workers continue to utilize VR for their projects, people will likely see even more innovative uses for this technology.

However, it’s still not very rampant in the industry just yet because of its cost. There are other cheaper options to ensure that your construction projects are safer. One inexpensive option is safety exams.

There are many safety exams, and each country has a unique test for construction workers. The CSCS exam is the most common construction safety exam in the United Kingdom. If you want your workers to do a project there, you’ll need to book an online CSCS course. It will cover all the basics and ensure that your workers are up to code on health and safety.

In the United States, the OSHA 10-hour construction course is popular. It’s a bit longer than the CSCS course but covers more in-depth topics. The course is also offered online, so you can have your workers take it at their convenience.

No matter what country you’re in, safety exams are bound to be available for construction workers. And while VR is an excellent option for training, safety exams are a cheaper way to ensure that your projects are safe.

Safety equipment is still the number one way to prevent accidents on construction sites. Workers should always wear safety gear, such as hard hats, safety glasses, and work boots.

In addition to personal protective equipment (PPE), many other types of safety equipment can be used on construction sites. For example, scaffolding is a construction equipment that provides workers with a temporary platform. It is typically made of metal and can be erected quickly.

Another type of safety equipment commonly used on construction sites is a safety net. Safety nets are usually made of nylon or polypropylene and placed around the work area’s perimeter. They are designed to catch falling workers and prevent them from getting hurt.

VR might be the best way to train people regarding safety. However, alternatives such as exams and safety equipment are still much safer and more robust. When combined with VR, these alternative options for safety can ensure that every project is safe from accidents.