Storage tanks are used to contain liquids, gases and other substances across various industries. Tanks come in various sizes, ranging from 2m to 60m in diameter. They are commonly installed within some containment basins to prevent spillage should they be ruptured. These tanks are specially designed and built following strict design specifications and standards.

Industries and businesses using storage tanks include bulk storage as well as transfer operations, petroleum, petrochemicals and chemical manufacturing. The tanks mostly contain liquids or gases. There are also smaller applications for storage tanks such as the buffer ones used in HVAC systems.

Pressure tanks, meanwhile, are spherical and horizontal in form and often situated above the ground. This is to ensure that they keep structural integrity no matter what the pressures are. On the other hand, variable vapour space tanks are shaped like a sphere.

This tank is specially constructed for both above-ground and underground service types. Often called a small storage tank, it is made up of steel, a fibreglass overlay and fibreglass polyester. 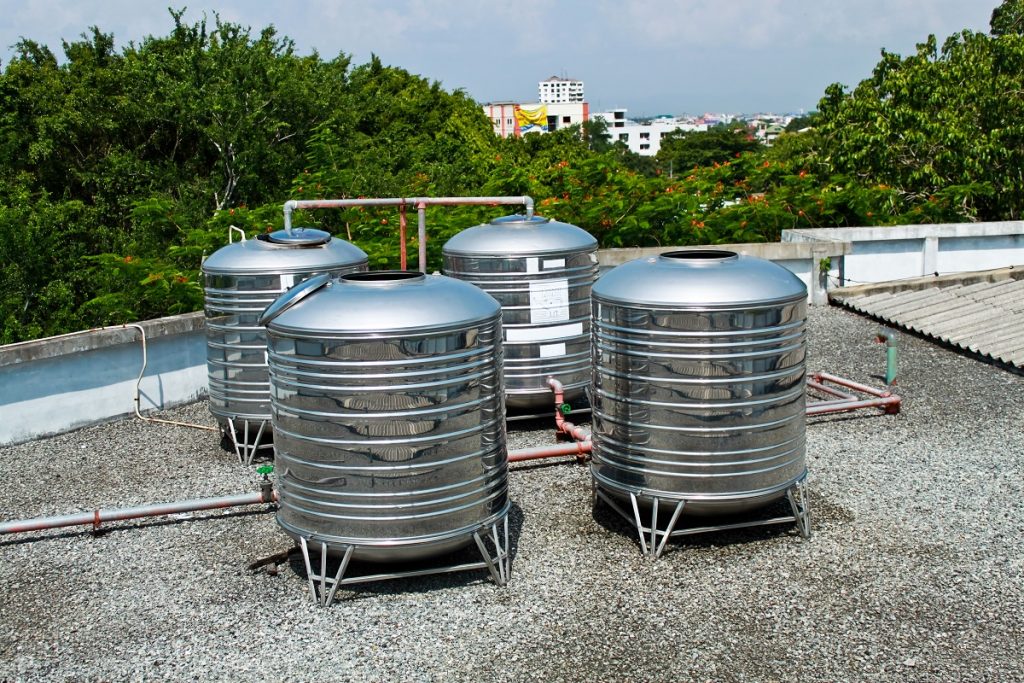 This kind of tank, meanwhile, has a heavier kind of deck. It is utilised in external floating roof tanks and as a fixed roof located on the top of the outer shell. This domed tank is often retrofitted alongside a fixed roof.

This tank has vapour reservoirs that expand to ensure containment of fluctuations in vapour volumes. These changes in volumes are due to changes in barometric conditions and temperature. These are often connected to the spaces within fixed roof tanks where the vapours are expected to form or flow to.

This is a unique tank type specifically designed for storing liquefied natural gas (LNG). It is often found in carriers, above the ground or underground. The most important attribute is that it can store LNG at temperatures as low as -162 degrees centigrade. The world’s largest above-ground LNG tank is owned by the Osaka Gas Co., and it can store up to 180 million litres of LNG.

There are hundreds of practical applications of storage tanks in different fields. Storage tank applications include fuel, oil and petroleum storage, chemical storage, wastewater storage, expansion systems and fire protection systems. The important thing is to check which type of storage vessel best suits your requirements and needs to ensure the safety and security of your products.