Under the Dome: The Geodesic Dome and Its Purpose

Imagine, if you will, having a home that is virtually indestructible. It will be a home with a strong foundation but with airtight walls and a structure that can withstand the strongest winds. The design can withstand 120 mph (190 km/h) of winds from a propeller blast from two 3,000 horsepower airplane engines —for a whole day.

It sounds like a home from the future, but it came from the past. It’s called a geodesic dome, and the good news is, there are kits for geodesic domes for sale now for the general public’s use.

What is a geodesic home?

A geodesic dome is the ingenious creation of R. Buckminster Fuller, an American inventor, architect, futurist, and author. It is essentially a hemispherical structure, comprised of triangular elements set rigidly against each other that effectively distributes the structural stress throughout the whole structure, and enables the geodesic dome to handle hefty loads.

It is similar in approach to the jungle gym or play dome. The play dome is half a sphere. However, instead of curves characterizing its structure, it was made with short straight lines that are interconnected to achieve a rounded surface.

The History of the Geodesic Dome

The first dome came right after World War I and was designed by Walther Bauersfeld, the chief engineer of optical company Carl Zeiss. It was built to house a planetarium project. Two domes were constructed, a smaller one which was patented, and a larger one called ‘The Wonder of Jena’ (because the Zeiss plant was in Jena, Germany). This was opened to the public in July of 1926.

It was some 20 years later that the name ‘geodesic’ was applied to the dome, by R. Buckminster Fuller. While he was not the first one who made the first one, he is widely-recognized for popularizing the idea in the West. He received a patent for the geodesic dome on June 29, 1954.

Fuller intended his geodesic home to be the future of homes all over the world. While this did not take hold, it has found another purpose as greenhouse structures.

These domes are energy efficient because of their shape. Heat loss in a building is directly proportionate to its surface area, and the dome by its very structure has 30 to 40 percent less surface area. This design allows for more efficient air circulation. This means that plants under a geodesic dome greenhouse receive more sunlight throughout the day, as the sun’s rays will be reaching your plants all day long.

The reduced surface area of the dome also translates to 30 to 40 percent reduction in construction cost.

Examples of the Geodesic Dome 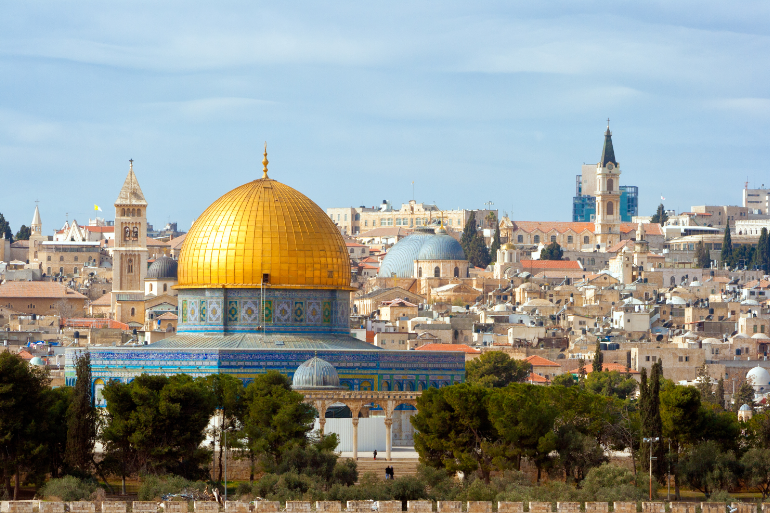 While it gained a small following in the residential market, geodesic domes have been used in several buildings.

Located in St. Louis at the Missouri Botanical Garden, it is the first greenhouse ever to use a geodesic dome.  In 1959, former Garden director Frits W. Went said he wanted a ‘big, open, clear structure’ that would fit a laboratory, where he could experiment with air circulation, temperature, humidity to grow different plants.

That’s right—the happiest place on Earth has adopted the geodesic dome for one of its theme parks, but with slight modifications. It is a full sphere! The visionary Walt Disney in the 60s planned a community that would showcase what the future holds in terms of technology and design. (In fact, the acronym EPCOT stands for Experimental Prototype Community of Tomorrow.) But shortly after he presented the plan in 1966, Disney died, and the EPCOT he envisioned never came to be. Instead, what’s inside Spaceship earth is a slow-moving ride exhibiting the development of communication through the ages.