Hops in Medieval History: From Unnoticed Weed to Beer Ingredient

America is in the midst of a craft beer revolution. And the primary factor driving the demand for craft beer? Hops.

This has led to an influx of demand for the sale of bulk hops among breweries. The need for hoppy beers has been so great — especially among millennials — that some experts are anxious about farmers not being able to keep up.

But while modern brewers and beer fanatics may enjoy the bitter taste that hop provides, ancient brewers did not have the plant in their brewery arsenal right away.

But as the medieval world began to modernize, hops played a bigger role for alcoholic beverages back then.

The world associates porters with Britain and white beers with Bavaria. In ancient Egypt, two beverages stood out. First was zythos, a barley-based libation. The other was a type of beer made from enmer, one of the earliest precursors to wheat. Egyptians had been brewing it since 3500 BCE.

Back then, no one knew the potential of hops. For Greeks, they were nothing more than a wild plant. Romans, on the other hand, used hops as an herb while others took advantage of its medicinal properties.

Beer: A Beverage for “Barbarians”

The popularity of beer eventually spread to the Near East in 4000 BCE. But elitist Romans and Greeks frowned upon the beverage, calling it a “beverage for barbarians.”

Similar to modern society, certain beverages were linked to socio-economic status and national identity. For the sophisticated Romans, it was customary to use olive oil and sip fine wine. The “barbaric” culture of Northerners, on the other hand, demanded they drink a beer called cervesia and milk. These brews did not use hops, but they contained herbs and spices. 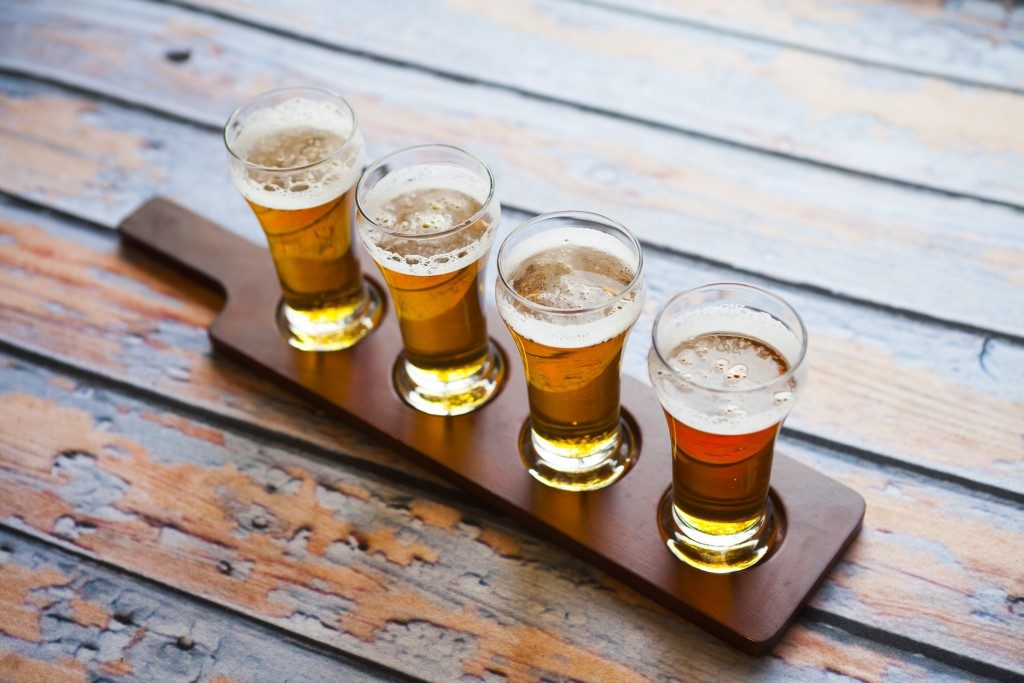 Growing Interest in Hops in Monasteries

In Roman Britain, ancient brewers set up shop in military bases, and parched soldiers were their clientele. For those selling beer along the Rhine River, malters felt pressured to sell their stocks since there were limited preservatives available to keep the drink fresh.

It wasn’t until the early ninth century when monks began to use hops for beer. The addition of the previously unused, unnoticed weed in beer solved the problem of spoilage, allowing the beverage to last up to six months. In turn, this made it possible to ship the beverage in large batches over long distances.

From there, hops in beer exploded in popularity until the High Middle Ages. But in 1830, the archbishop of Cologne outlawed beers containing hop in favor of gruit in brews.

Gruit works the same way as hops did in ancient beer recipes, except it’s a combination of different botanicals. And just like hops, they prevent bacteria growth in liquid.

During the early European Ages, wine and ale began to carry greater cultural importance. Gruit became so important to the Carolingian kings that it held a royal right. This right was passed on to the incumbent royalty in the 11th century.

And from the early and central European Middle Ages, gruit took center stage as the most popular style of beer.

Craft beer recipes maybe have evolved through the ages, but one fact remains clear: beer was (and still is) a popular alcoholic beverage. It was only a matter of determining what plant or ingredient would enrich its flavor.