Before Taking Action: 3 Tough Questions to Ask When Your Business Is in Crisis

Business isn’t always fun and inspiring. In fact, for the most part, it’s frustrating. It’s downright frustrating, especially when you hit that one roadblock that seems to be impassable and when you find yourself in a crisis that puts at risk everything you’ve worked hard for, with no sign of recovery in sight. If you’re in the middle of a reputation controversy or a financial turmoil, before you spring into action, take a pause and ask yourself these questions first:

This is important for two reasons. One, it forces you to get to the bottom of the problem and, in the process, see the other issues it created. This will help you come up with appropriate, holistic solutions later on. Two, it puts you in the right attitude in solving the crisis. Entrepreneurs who are in the middle of a big dilemma often deny that there is such a problem. They have the reports, figures, and proof that the profits, for instance, are going down, but they don’t make a big deal of it. It’s difficult to recognize what went wrong when for the last years, you’ve been enjoying the fruits of being right. But it’s never to your advantage to be stuck in the past and not confront what’s here now. Be honest with your and your team’s shortcomings: the poor employee management, forgotten vision, shortage of funds. The only way you can move forward is if you identify these boo-boos. Make sure to also involve your employees in this stage. This way, you’ll be able to confirm—or refute—what you think is wrong and give them a voice in these troubled times at the same time.

Why am I running this business? 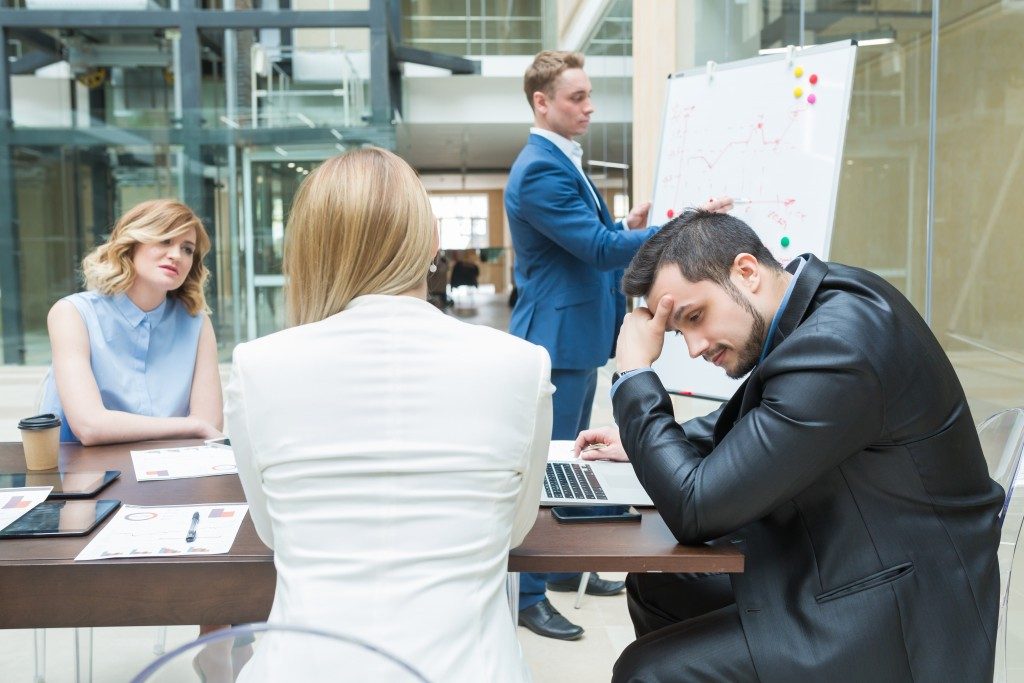 If you’ve been in the business for so long, chances are that you’ve lost touch with your purpose for starting this venture in the first place. It’s easy to feel lost in all this mess, give in to burnout, and give up altogether. That’s why it’s always best to go back to your core. Give yourself time to reminisce. Think about that time you were first starting. When you were just looking for opportunities to solve people’s problems. When you were crunching up numbers at your home office, calculating cafe or pizza restaurant startup costs. This nostalgia exercise may just be the thing you need to fight and push further.

How are my customers?

The crisis that hit you will most likely affect the perception and buying decisions of your market. You should be able to know then where you stand in terms of your relationship with them. Your communications later on should focus on protecting the trust of your customers. Take, for example, what Starbucks did when they faced a racial discrimination issue in 2018, after one of their staff had two black men arrested from one of their stores in Philadelphia. There was a video of the incident. There were hundreds of news articles and opinion pieces about it. There was outrage online and on the streets. In other words, it was a huge controversy, which could inspire a boycott movement. What they did was they heeded the call for change from their customers. A few days after the incident, they closed down stores across the country and had their staff go through racial bias training. They took to social media their desire to “make Starbucks an inclusive gathering place for all.” In the same manner, ask yourself how your customers are feeling in the midst of your crisis.

It’s lonely and scary to be in the middle of a business crisis. As much as you can, you want to get out of it fast. Therefore, you take action fast. But haste may just be the very thing that would prod you over to the edge of decline. Before you do anything, ask yourself and the experts, these mentioned questions. Pause and ponder first.